Sándor Bálint was born on 1 August 1904 in Szeged-Alsóváros, a modest town with a rich material and intellectual heritage. He did not know his father, and his mother dedicated all her life to his education. Her intense life of piety (she prayed and went to Mass every day and often went on pilgrimages) made a decisive impact on the life of her son. 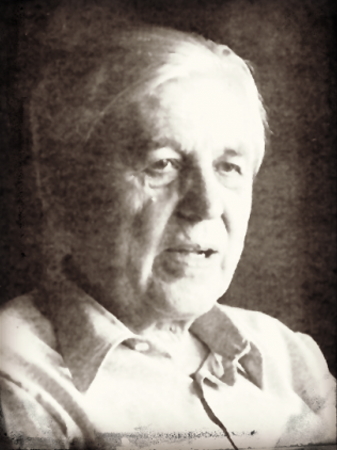 Sándor Bálint did his studies in his native town and completed his secondary school education at the grammar school of the Piarists. Apart from the Franciscan charisma, the spirituality of Saint Joseph Calasanz, the founder of the Piarists, also influenced his life.

Sándor Bálint became interested in the religiosity of the town, the relationship between popular piety and the traditional beliefs, the traditions and the typical mentality of Szeged at an early age. He graduated in 1927 and worked for several years, unpaid, as assistant of the renowned researcher of ethnography, Sándor Solymossy. At the request of Gyula Glattfelder, bishop of Csanád, he worked as teacher of the Catholic Teacher's Training College of Szeged from 1931 to 1944. He started to publish articles in scientific reviews and made journeys to gather ethnographic material. At the same time, he followed with attention the new intellectual movement of the Catholic Church, based on Christian social foundations, and the work of the youth associations inspired by it (e.g. the Association of the Sacred Heart, KALOT, i.e. the National Organization of the Associations of Young Catholic Farmers, and the Marian Congregation). He devoted much attention to the impact of the Society of the Holy Rosary, the altar's association and the spiritual exercises on education and on the national identity.

In 1934, he was appointed private university teacher at the Department of Ethnography of the University of Szeged. His work was outstanding both as a researcher and as a teacher; his private life and his life as a teacher were inseparably intertwined. Just like the founder of the Piarists, Saint Joseph Calasanz, he also taught his students with affection and complete dedication. He considered his most important task to teach his students good morals, a sophisticated use of the Hungarian language, honesty, love for one's country and the understanding of other religions. During the German occupation in 1944 he also helped the persecuted. He helped poor families by contributing to the tuition fee of their children, although he also lacked financial means.

Between 1945 and 1948 he was actively involved in politics and became a member of Parliament, in the faction of the Democratic People's Party led by István Barankovics. His purity of heart, his sincere and deep life of piety, his authentic humanity and his way of thinking raised the suspicion of the communist regime: spies tailed and reported on him, and they tried to collect compromising data about him. From 1951 to 1957, his teaching licence was revoked, therefore he continued to work as a scientific researcher. In 1957 he was allowed to resume his teaching activity, but in 1965 he was constrained to retire, based on fallacious grounds. He continued his scientific activity with the same dedication and faith. In that period, he published some of his works of European importance, such as Christmas, Easter, Pentecost (1972), Calendar of Feasts (1977) and the three-volume monograph of The Nation of Szöged (1976, 1977, 1980). His amazingly rich heritage reveals the magnitude of his work in the field of the research of the life of piety of Szeged and its surroundings.

He died in a car accident in Budapest on 10 May 1980. His death was a shock for his entire native town. Right from the following year, his former students and all those who had great respect for him organized regular commemorations in front of his tomb, and many people were convinced that Sándor Bálint "had lived as a saint in his life and had carried within his heart the love for Our Lady and a great respect for men". His memory and his veneration are continuous in and outside his town of birth.

God, our Father, you allow us to look upon the people who correspond to your grace as models and to follow them in our vocation and life.
Your servant Sándor loved you and listened to the voice of his conscience, in which he wished to recognize your word and follow your instructions.
Thus he formed himself and went among the people in order to turn the gems of Hungarian religious culture into a treasure that increases the faith of all of us.
He placed his confidence in you even in the midst of all his humiliation and sufferings, he had his eyes fixed on you and conquered his human passions with your strength.
Grant him the eternal life in Heaven that you promise to those who remain faithful to you, and grant us to honour him among the blessed and regard him as our model even more.
Through Christ, Our Lord.

Those who obtain favours through his intercession are asked to notify the
Diocesan Authority of Szeged-Csanád
6701 Szeged, Pf. 178